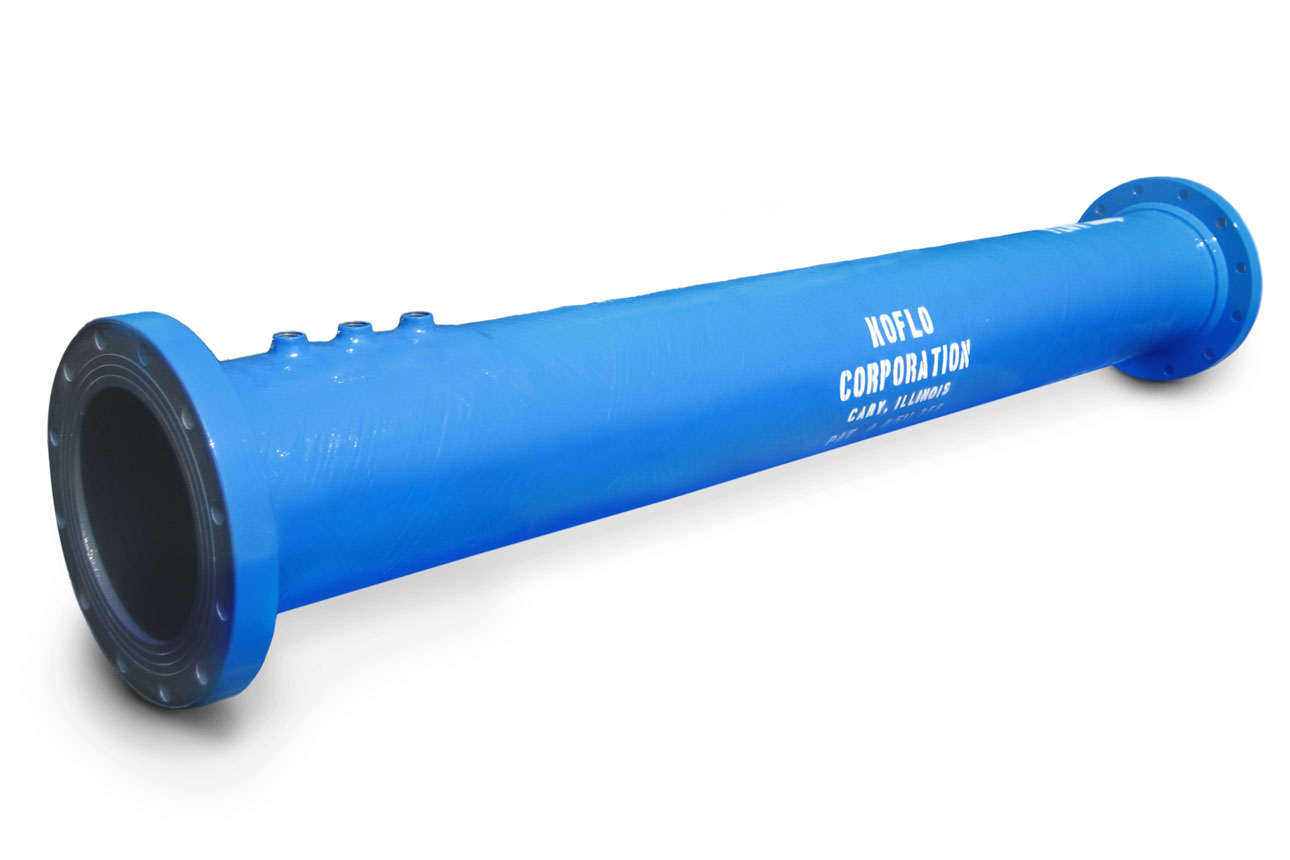 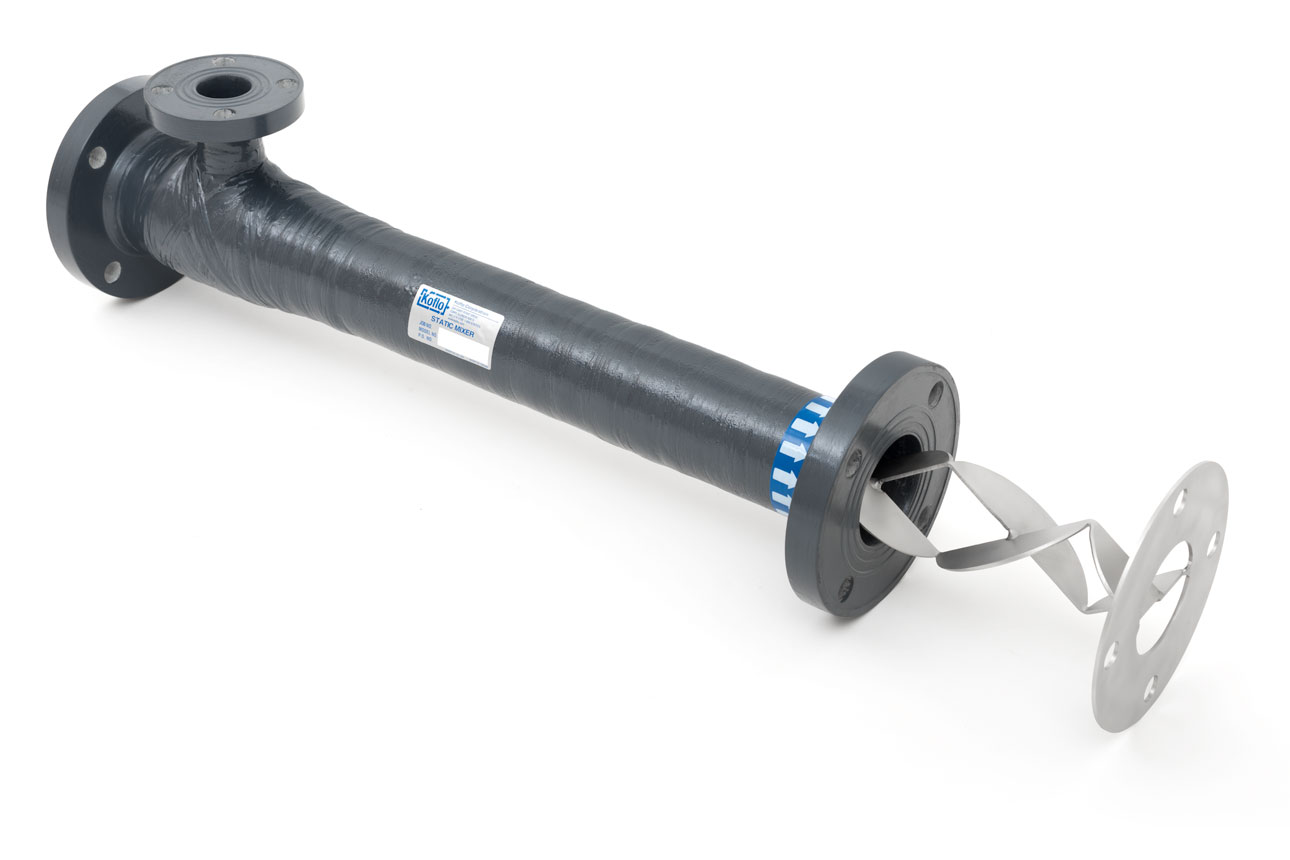 For applications that require a high degree of corrosion resistance, Koflo offers a complete line of custom fiberglass static mixers. Each corrosion resistant static mixer is constructed using the highest quality vinyl ester resin which ensures a long service life even under the most demanding conditions. All exposed elements are edge-sealed to the housing for increased strength and maximum mixing efficiency. Contact us today to learn more about our fiberglass static mixers.

(Note: Koflo does not recommend placement of a fiberglass mixer in a steel or ductile iron line) 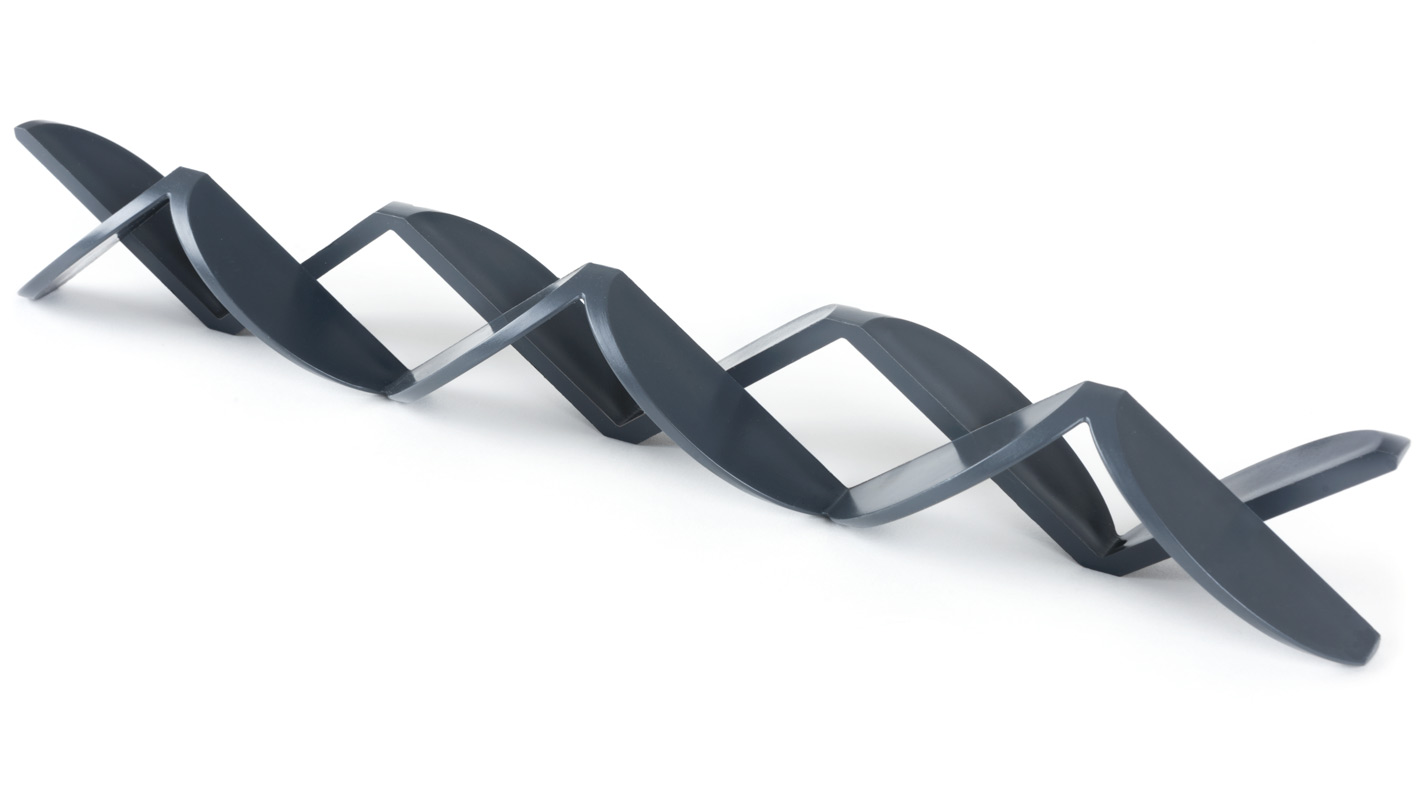 Please note that Koflo does not sell elements without housings. Elements are shown for informational purposes only. 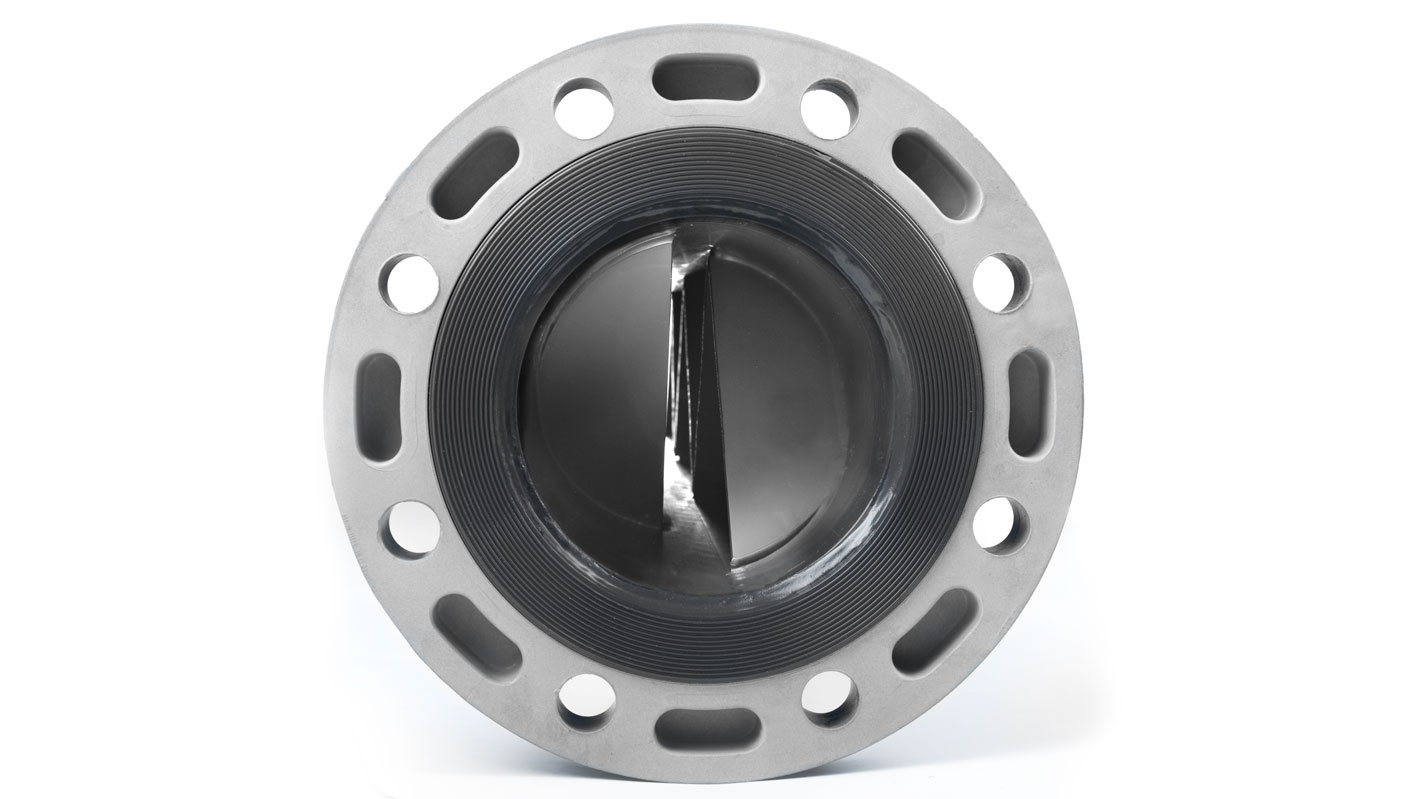 Historically, a number of industries with fibrous slurry applications avoided the use of static mixers due to their tendency to plug or foul. In response to this problem, Koflo was the first static mixer manufacturer to fully develop and patent a revolutionary static mixer that is free of pinch points or intersecting elements. Non-clog (sludge) mixer elements are able to handle the most fibrous slurries without plugging. Each mixer contains a series of alternating right and left hand elements thatblend the product stream with counter rotating vortices.

Note: Image above depicts a PVC static mixer with non-clog elements and is shown for illustrative purposes only

All bolt hole configurations conform to ASME B16.5 standards. 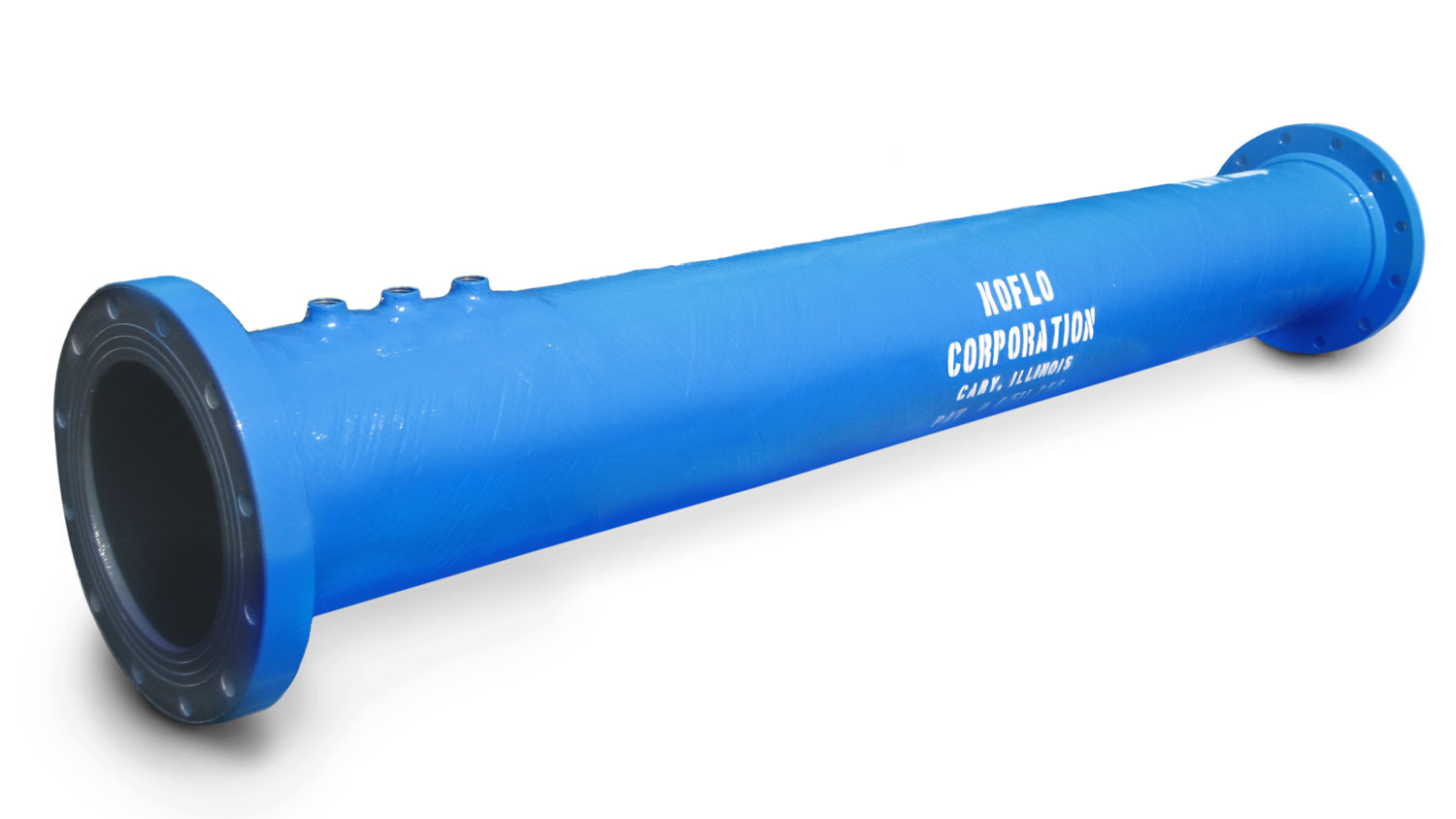 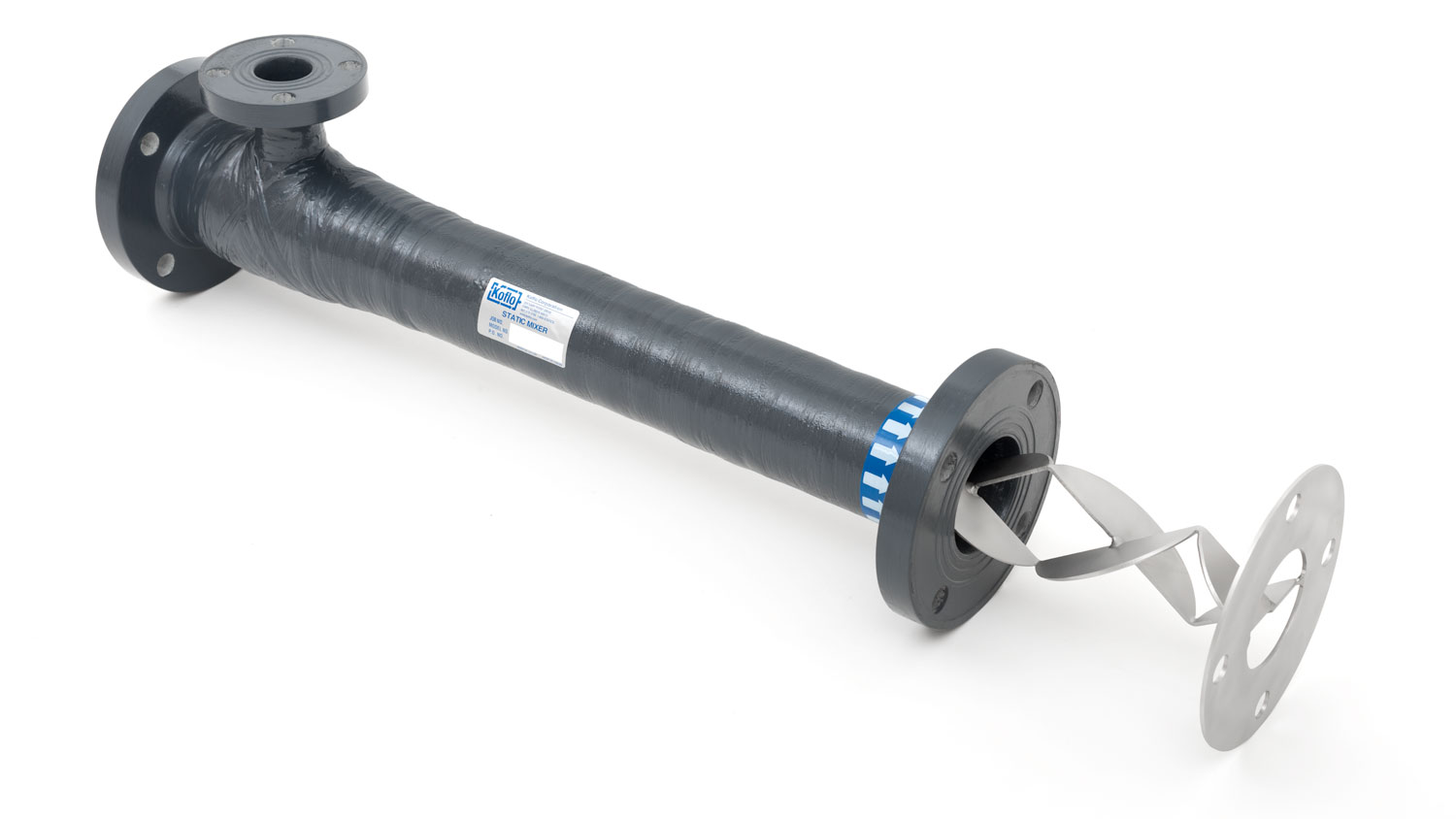 In some applications, it may be necessary to gain access to the interior mixer elements for cleaning or removal of pipeline obstructions. For these scenarios, Koflo offers removable mixing elements. Unlike standard fiberglass elements which are fixed to the interior of the housing, Koflo's removable Blade™ style elements are fully removable and are secured to the mixer by means of an element retention disk on the discharge end of the mixer (shown above).

Please Note: Koflo offers many additional mixer options that may not be listed above. Please Contact Us to discuss other options or requirements for your specific application.